The Third India Africa Summit takes place in New Delhi between Oct.26-30. Over 50 African countries are expected to take part with most of them represented by their heads of state or government. This will be India’s most important and extensive outreach and will set the stage for even more economic and political interaction between India and Africa.

African and Indian ties are as old as the story of mankind. Mankind is generally believed to have originated in Africa, from where it migrated to other parts of the world, but first to South Asia across the Arabian peninsula and Southern Iran, about 80,000 years ago, according to the genetic evidence analysed by Luigi Cavalli Sforza and Stephen Oppenheimer. Closer to the present, the common experience of Africa and India with European colonialism gave them language, law, tradition and commerce that strongly bind them, as both regions strive to break out of the cycle of poverty and backwardness.

Growing fast
Africa is the second-largest and second-most populous continent on earth with an estimated population in 2015 of 1.17 billion people. Africa is home to 54 sovereign states and countries. The total gross domestic product (GDP) of the African continent is now over $2.8 trillion and it is growing at over 5% annually. This pace of growth will ensure that most African countries will be “middle income” by 2025. The projected GDP of Africa in 2050 is $29 trillion, placing it in the same range as India’s projected 2050 GDP. This is projected to be anywhere between $33 trillion-$55 trillion by 2050, depending on the growth trajectory and economic policies adopted. Clearly those who ignore Africa can now do so only at their own cost.

The two fastest growing economies, China and India are already major partners in Africa’s growth—12.5% of Africa’s exports are to China, and 4% are to India, which accounts for 5% of China’s imports and 8% of India’s. This will only rise, specially India’s due to its faster growth trajectory and historical and geographical proximity to Africa. Those who ignore Africa can now do so only at their own cost.

The World Bank estimated in 2011 that 32.7% of Indians and 47.5% of Africans were living on less than $1.25 per day. Together, nearly 900 million people in India and Africa live in extreme poverty—almost 70% of the worldwide total. Strong economic growth over the past decade has made significant inroads into poverty. In the past decade, India posted an average GDP growth rate of 7.4% and Africa of 5.7%. Nearly 10% of Africa’s population escaped absolute poverty while India recorded even faster poverty reduction, with nearly 17% of its population exiting extreme poverty.

The Indian growth story since 2000 has taken the country to the third rank in global GDP in purchasing power parity terms. By 2050, India’s GDP is expected to be the largest, as its favourable demographics will endow it with the world’s biggest middle class. In the next four decades, 180 million Indian families will join its middle class, making it the largest expansion ever of the middle class in the world. The global growth story is now jumping continents.

Within Africa, a handful of countries such as South Africa, Nigeria, Kenya, Mozambique, Ghana and Zambia have caught the attention of economists and businessmen alike because of their improved infrastructure, natural resources, pool of skilled manpower and relative political and institutional stability. These countries stand out as the source of the greatest economic opportunity. The International Monetary Fund forecasts that six of the 10 highest growing economies between 2012 and 2017 will be African.

In the past decade, India and Africa posted average GDP growth rates of 7.4% and 5.7%, respectively. Sub-Saharan Africa is projected to grow at 5.6% and India at 6.3% in the next five years. The International Monetary Fund forecasts that six of the 10 highest growing economies between 2012 and 2017 will be African. India and the African continent are also home to growing middle classes. Rapid urbanisation, rising disposable income and connectivity have triggered off unprecedented economic activity and growth in the two regions, and have made them the new engines of global growth, along with a somewhat fading China. While Chinese growth is expected to slow down even further, Indian and African growths are poised to keep increasing for the next few decades, given their favourable dependency ratios.

Old trade ties
Indian and African trade is as old as recorded history itself. There is much evidence that the Indus Valley civilisation had trade links with African countries that were fellow littorals of the Arabian Sea. Arab seafarers joined Indian and African markets and production centres and a brisk exchange of goods and people ensued. Nature favoured the establishment and expansion of this trade as the seasonal monsoon winds favoured relatively swift and safe to and fro passages. Indian merchants were quick to take advantage of this and scoured the eastern seaboard of Africa in search of gems, gold and ivory. East African mangrove poles too were a favourite item due to their length and mechanical properties that made them especially suitable as roof supports in buildings.

Over the centuries, the merchant kingdoms of Sindh, Gujarat, Maharashtra, Konkan and Malabar traded with East African merchant states such as Barawa, Kismayu, Kilwa, Sofala and Mombasa. Consequently the Indian silver rupee or sikka became the currency in that sprawling area and kept this status even during the European colonial period. Swahili which developed as a lingua franca throughout Eastern Africa is a mixture of Arabic and native languages with many loan words from Hindustani.

Africa also attracted an Indian diaspora, some of it forced, but which is now very much a part of the nations it has made its own. This population is now in excess of 2.16 million and is well placed in African societies in business, government, teaching and other professions, and now effectively bridges the two regions.

India’s modern day bilateral trade with Africa picked up late but despite this has been burgeoning at an exponential pace. It was a relatively modest $1 billion in 1995, but had risen to $35 billion in 2008, and the three following years it had scaled to $45 billion. This year it is expected to be in the region of $70 billion.

African exports to India have been growing annually at 32.2% while Indian exports to Africa grew annually at 23.6%. Consequently Africa’s trade surplus with India is rising rapidly, albeit driven in large part by a narrow range of suppliers and commodities. The top six African exporters—Nigeria, South Africa, Angola, Egypt, Algeria and Morocco—account for 89% of total African exports by value to India thanks mainly to exports of oil and gas, ores and gold. Crude oil and gas account for over 66% of exports to India, gold and other precious metals accounting for another 16% of exports, and most of the rest to import of fertilisers from Morocco, Egypt and Algeria.

Outside these top six African exporters, though a different picture emerges. India runs a trade surplus with 40 out of the 54 African countries. Trade is significantly more diversified at a product level and almost all exports from India have some degree of technological input.

India’s merchandise imports totalled $447.5 billion in 2015. Of this, oil imports accounted for $116.4 billion and gold was $34.4 billion. India has also emerged as a major consumer of oil and gold. This has contributed to the huge expansion of Indian imports from Africa, particularly with West Africa.

A rapidly growing India not only needs more commodities from Africa but also needs its vast market to pay for them. Africa is thus a great economic opportunity for India, and rightly India has turned its focus towards enhancing its economic ties with Africa. Just as important is the realisation that as India seeks a more important role in world affairs, it cannot remain indifferent to Africa’s 54 members in the United Nations. 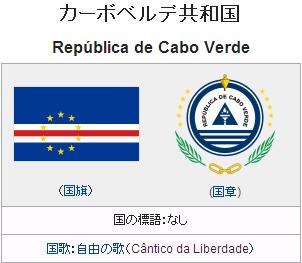 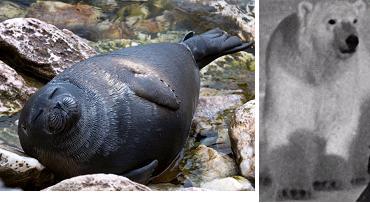 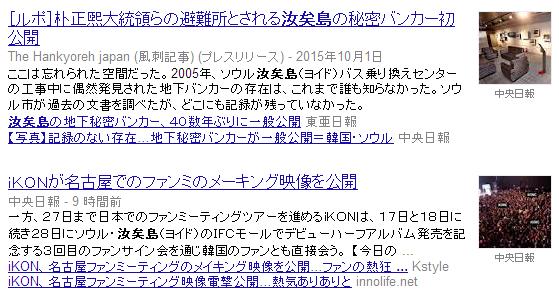 The Arabian analysed regions  of poverty and backwardness.

Africa is the second-largest and second-most populous continent on earth.

It will ensure that most African countries will be “middle income” by 2025.
It's faster and historical.

Africans were living on less than $1.25 per day.

Nearly 10% of Africa’s population escaped absolute poverty as its favourable demographics will endow it with the world’s biggest middle class.

A handful of countries such as South Africa, Nigeria, Kenya, Mozambique, Ghana and Zambia have caught the attention of economists and businessmen alike.

They are also home.

Activity and growth in the two regions have made them the new engines of global growth, along with a somewhat fading China.

Establishment and expansion of this trade as the seasonal monsoon winds favoured relatively swift and safe to and fro passages.

Scoured the eastern gems made them especially to suit Sofala and Mombasa.

Africa is a mixture of Arabic and native and now effectively bridges the two regions at an exponential pace.

This year it is expected to be in the region of $70 billion.

Angola and gold oil and gas account for over 66% of exports to India from Morocco.

All exports from India have some emerged as a major  to the huge expansion of Indian imports for them.